This is going to be big! The southern right whales are on their way to South Africa’s coastline. Having returned from their Antarctic feeding grounds the gentle giants can be viewed only metres from the shore. Here are the best spots and activities for the Western Cape whale season. 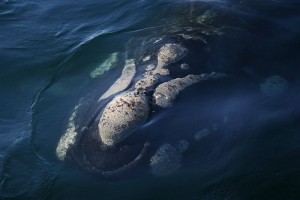 The large marine visitors are certainly one of the highlights of the Western Cape’s winter. Starting in June the southern right whales arrive from their feeding grounds in the icy waters of Antarctica. While the whales mate and calve along almost the entire South African coastline, the land-based whale watching in the Western Cape is certainly among the best in the world. The whale season from June to October has the marine mammals playing so close to shore that you can’t help but stop and stare. The powerful yet gentle and gracious movements radiate a sense of calm that everyone should witness for themselves.

The southern right is a baleen whale that lives exclusively south of the Equator. The animals measure up to 18 m in length and are easily recognisable by the callosities around their mouth and eyes. The marine mammals live of plankton, which they sift through their baleen curtains. After spending the summer foraging the fertile waters of Antarctica the southern rights migrate north to the shores of South America, South Africa, Australia and New Zealand. They calve in the security of sheltered bays allowing for great viewing opportunities.

The coastal town that lies 1h30min east of Cape Town has arguably the best land-based whale watching in the world. A coastal walk and two boat tour operators give you incredible views of these gracious creatures.

The marine reserve and World Heritage Site is home to about 40% of the world’s southern right population. Take a walk on the beach and up into the dunes to see mothers and claves as well as all the acrobatic displays by the marine giants. The nature reserve is also home to several antelope species and a diverse sample of the Cape’s Floral Kingdom.

The False Bay coast of Cape Town offers great whale sightings that can easily be combined with other activities. Whether you are catching a wave in Muizenberg, having some fish and chips in Kalk Bay or hiking around Cape Point; during winter and spring whales are abundant and easy to spot in False Bay.

This 5 day hike from Potberg to Kopie Alleen in the De Hoop Nature Reserve covers 55 km of pristine coastline. Frequent whale sightings, thick and fragrant fynbos as well as wondrous rock formations make this one of the most beautiful hikes in all of South Africa.

Make sure to book this hike with Cape Nature well in advance due to the high demand. 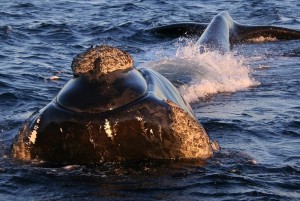 The annual marine visitors are part of Hermanus’ identity. The coastal town celebrates its close ties to the southern right whale with the Hermanus Whale Festival. In its 20th year the festival offers live music, sports events, crafts markets, informative shows and of course food. Check out this year’s festival from the 30th of September to the 4th of October.

The town of Hermanus is only a 1.5 hour’s drive from Cape Town and arguably offers the best land-based whale watching in the world.