Table Mountain is one of the New 7 Wonders

We won! Again. Table Mountain claimed its spot among the New 7 Wonders of Nature. This is another great addition to Cape Town’s recent flood of accolades. It is also a compliment to the passion and tenacity of all those supporting the Mother City. But how will this award benefit us in the future? 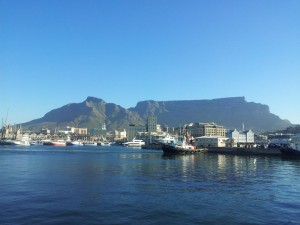 Table Mountain seen from the Waterfront by Rodney du Preez

Cape Town has been showered in accolades lately. The Mother City is the TripAdvisor Traveller’s Choice Top Destination 2011, the World Design Capital 2014 and now home to one of the New 7 Wonders of Nature. After an incredible campaign by Vote for Table Mountain and billions votes cast, Table Mountain is now part of a truly grand septet. The New 7 Wonders of the World are:

Table Mountain’s status as a New Wonder of nature is estimated to bring South Africa an added benefit of R1.4 billion. Tourism to Cape Town is expected to increase by 20% with 70% of the visitors coming from overseas.The research company Grant Thornton took into account he average time and money spent by South Africa’s visitors in the past as well as the effects on the New 7 Man Made Wonders in 2007. 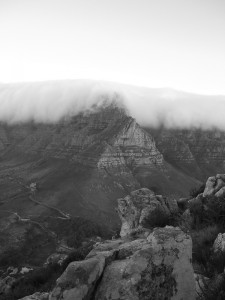 The Table Cloth by Robert Rothe

The prestige of the New 7 Wonders goes beyond a brief peak in publicity. The New 7 Man Made Wonders have become part school curriculums around the globe. Table Mountain’s status as a landmark and travel destination will now become even more widely known.

The Vote for Table Mountain Campaign

The build up to the announcement has been an altogether positive experience. The Vote for Table Mountain Campaign did an incredible job in uniting Capetonians and all of South Africa behind this cause. Especially the Social Media platforms Twitter and Facebook saw a great amount of loyalty and commitment to South Africa’s premier landmark. As Nobel-Prize winner Desmond Tutu stressed, the mountain doesn’t belong to anyone. Table Mountain is something that all South Africans can identify with, making this campaign completely apolitical.

The New 7 Wonders of Nature are now in the history books. The New 7 Wonders Cities have yet to be nominated. If you think Cape Town should be among them, go here to nominate the Mother City.